On January 30, 2013, the â€œ2012 Top Ten Economic Figures of Wuhu Cityâ€ awarding ceremony was jointly organized by the Municipal Party Committee Propaganda Department, the Municipal Development and Reform Commission, the Municipal Economic and Information Committee, the Municipal People's Social Security Bureau, the Communist Youth League Committee, and the Municipal Federation of Industry and Commerce. The Radio and Television Center was held grandly. Wang Jianhua, vice president of Nanxiang Wanshang Group and general manager of Wuhu Company, took a prominent role in promoting the development of the trade and logistics industry, the influence of the industry and the excellent management innovation concept in 2012. An outstanding leader in the trade and circulation industry was successfully elected as the "2012 Penghu Economic Person of the Year". Before that, Mr. Wang Jianhua was elected as the representative of the 15th People's Congress of Wuhu City with a high vote. 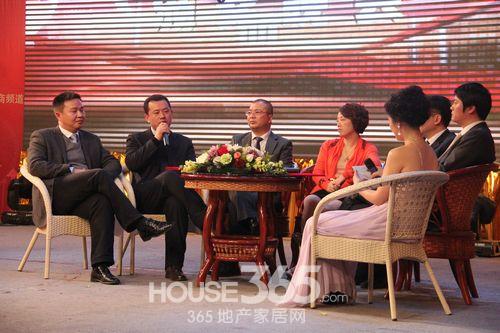 2012 is a crucial year for Wuhu City to implement the â€œTwelfth Five-Year Planâ€ in depth, and it is also an important year to promote the comprehensive transformation, leap-forward development and accelerated rise of Wuhu. In the process of economic construction and social development in Wuhu City, trade logistics, as an important industry to accelerate the rise, provides an indispensable source of power for the overall development of the economy, and was selected into the Nanxiang Wanshang International Trade Logistics Park Project of the 12th Five-Year Plan of Wuhu City. Play a pivotal role.

Based on years of experience in successfully operating multiple professional markets, Mr. Wang Jianhua led the company's team to fully deploy the project construction and project promotion and investment promotion work of the Hunan Xiangxiang Wanshang International Business Logistics Park, and took effective measures according to market trends. Business strategy. While doing a good job in the development of the local market, we will actively develop the resources of the foreign market, so that the influence of the Nanxiang Wanshang Commercial Logistics Park under construction will continue to expand, and the project construction and project investment will have achieved remarkable results. The construction of the logistics park has received the care and support of the leaders at the provincial, municipal and district levels. The mayor Yang Jingnong has visited the project site for inspection and guidance, and fully affirmed the construction results. 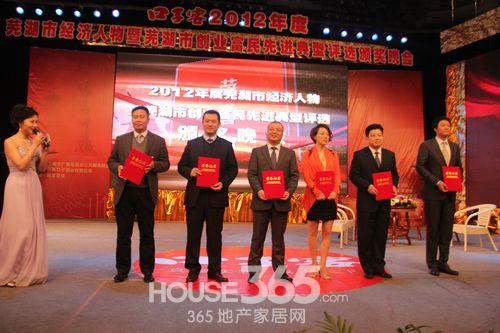 Award: The second from left is Mr. Wang Jianhua

It is reported that the 480,000 square meters project of Phase I of Nanxiang Wanshang International Trade Logistics Park will be put into operation in May 2013. Its construction speed is always in the forefront of the construction of major projects in the east of Wuhu City, and has been repeatedly visited by Wuhu City. And the government of the Qianjiang District and related departments commended. The first phase of the C plot and the D plot also started construction. To this end, Wang Jianhua himself won the honorary title of advanced individual in the project management project of the Chengdong New District Management Committee of Wuhu City.

While Nanxiang Wanshang has made rapid progress in the Wuhu project, the project has also achieved remarkable results. General Manager Wang Jianhua personally led the investment team to the north to Shandong, west to Sichuan, south to Zhejiang, Guangdong and other places, to the neighboring Jiangsu and Shanghai. The investment promotion of the project has won the trust of the merchants.

At present, the project occupancy rate is over 90%, which provides a strong guarantee for the project to be put into operation later. Through a series of project promotion and successful investment promotion activities, especially the entry of foreign brand merchants, not only has the influence of the company's projects been enhanced and expanded, but also greatly enhanced the influence of Wuhu City. The Mayor of Yueyang and the executive deputy mayor of Yueyang Municipal Government visited the site in person and reached the Wuhu Trade and Logistics Park as the core, forming the intention of the modern logistics intermodal transportation between the Midwest and the Yangtze River Delta economic circle. At present, the Hunan Yueyang Logistics Park project has been carried out for preliminary work. The Lanzhou Logistics Park has signed a contract. The negotiation of the Tianjin project is proceeding smoothly. The core position of the Nanxiang Wanshang Wuhu Trade Logistics Park has gradually taken shape.

Nowadays, the customers who come to consult and sign the contract are still in a constant stream. The investment is already in a relatively saturated state. There are many well-known brands or customers with strong influence in the industry. In the face of this gratifying situation, Mr. Wang Jianhua did not simply consider the commercial interests, but focused on the future development of the park. He is carefully optimizing the combination and striving to make Nanxiang Wanshang Wuhu Trade and Logistics Park a superior quality and a wide range of radiation. A modern business and trade logistics brand with strong influence.

It is understood that after the Nanxiang Wanshang Commercial Logistics Park was put into operation, its total construction volume reached 3 million square meters, and it strives to build the sixth-generation commercial market benchmark. It will form the whole of East China and link the central and western pattern. The annual transaction volume of the park will reach 500. More than 100 million yuan, a large-scale commercial logistics park that can solve the employment of 120,000 people, plays a leading role in the development of modern logistics service industry in Wuhu.

The selection of economic figures in Wuhu City effectively demonstrated the new achievements of the city's outstanding entrepreneurs and the city's economic and social development. The annual figures elected each year have become a typical sample of the Wuhu economy. Through the annual figures, people are familiar with the annual face of the Wuhu economy, sensing the true temperature of the Wuhu economy, and witnessing the footsteps of the Penghu economy. The character of the year is not only the model of Wuhu economy in the year of award, but also made outstanding contributions to the economic development of Wuhu, and exerted more and more influence on the economy of Wuhu on the dynamic timeline after the award. Dragon and snake alternate dance, Jie Baohong Hongzhi! I wish Nanxiang Wanshang (Wuhu) International Trade City a better future in the operation of Mr. Wang Jianhua!

Household Scissors can be used for a range of uses in the home including crafts, food preparation and gardening. Whether you are preparing food, sewing, working in your garage or crafting with your kids, we have the perfect pair of household scissors for you.  You may have several scissors depending on the activities you use them for.  They are used for cutting various materials such as paper, thin plastic, cardboard, metal foil, cloth, rope, wire, hair, and food. Our household scissors are loved for their superior cutting performance and legendary durability.